For many years Objective-C and Swift were used for iOS App Development Services for iPhone, iPad, Mac and Apple watch. But recently there was a debate as which language should be used for iOS Development. Although Objective-C was also termed as safe, modern, faster, compiler optimized and with a high level of interactivity but still there was a dilemma between choosing between two OOP languages – Swift or Objective C. There were lots of debates and discussion and finally Swift was declared as a winner as it brings lots of benefits for the iOS App Development Services. Here we are discussing how Swift can bring lots of benefits in the iOS Development.

Earlier in Objective-C some of the operations like string manipulation, string concatenation, and class division needed more coding and needed to write repetitive statements while in Swift the length of coding is reduced to half due to the addition of new operators. The chances of App crashing due to order mess up is reduced considerably with type inferencing system.

Support for the dynamic library was started after the release of iOS 8. Before that only static library were there. This is a big boost as it has many benefits. Dynamic libraries are executable code which allows the latest Swift app to link the changed or updates which the new version of Swift language brings in an automatic way. Dynamic libraries are incorporated within the app during download but still, they are external to the executable code of app which reduces the app size as the external code is linked only when the language advances.

3.Easy to read and write
Swift language has clean syntax and is much easier to read and write and actually looks like plain English. After the removal of the conventions like parenthesis for conditional statements, nesting of method calls inside square braces, @ symbol and semicolons to end lines have made the Swift language expressive and cleaner. Java, C#, C++ or Python programmers can easily read and adopt Swift.

In Objective-C, the null pointer can introduce lots of bugs that takes lots of time of the programmers while on the other hand, in Swift language, the optional value is very clear as compiler error is generated for bad code, which helps the programmer to fix the code quickly which saves lots of time. During the runtime crash, Swift triggers by stopping at the line of code where nil optional variable is used.

5.Easy to maintain
In Objective-C, for app creation, maintaining two code files is compulsory to increase the build time and efficiency. But this requirement was not needed in Swift with X-code and LLVM compiler. Swift minimizes the repetitive tasks and gives programmer more time to focus on login creation, code generation, and improvement.

6.Less name collisions with open source projects
One of the issues that have hindered Objective-C is its lack of support for namespaces, which was the solution to code filename collisions in C++. When this name collision occurs in Objective-C then it is a linker error and the app won't run. Swift has provided implicit namespaces which allow the same code file to exist across multiple projects. In Swift, namespaces are based on the target that a code file belongs to. It means programmers can differentiate classes using namespace identifier. This namespace enables different software companies to create the same code filenames without thinking about collisions when open source projects are integrated.

7.Unified with memory management
In Swift, all the memory management at the compile time is handled by the ARC (Automatic Reference Counting) as it works across object oriented code as well as procedural code. Also in Swift, there is no need to run garbage collector to clean up the unused memory.

8.High Performance
Swift has been incorporating many changes to improve the speed at which the app logic is run. GEMM algorithm improved the performance by a factor of 1.4 and FFT algorithm by a factor of 8.5. Lesser time in development saves lots of costs.

9.Playgrounds
Swift has a playground feature which gives the programmer space for experiments by writing a code and views its results on hand without waiting to complete the project. It is an editor where code gets compiled and run as it is written and all the changes made during processing can be viewed in the real-time.

10.Swift is Open Source
Language Swift has been declared as open source which made the language more popular and it is used across various platforms. Based on feedback from the open source community and developer's support, Swift language has been improved a lot in recent times.

Swift Language was declared “Most Loved programming language” in 2015 as it offers many benefits over Objective-C in iOS App Development Services. As the momentum for iOS Developer gaining, use and popularity of Swift language will increase exponentially in the time to come. 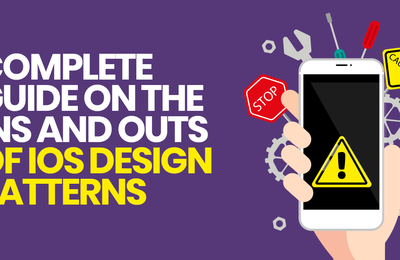 Why prefer PHP Development over other web development platforms?
Mobile App Development a Lucrative Business for Entrepreneurs
Reason to Hire an ASP.NET Programmer and find your Best Bet
Comment on this post